The North Canterbury Section, AREC, was formed in June 1978, on the advice of Ernie Scrivener ZL3OV, and who became the first Section Leader. Ernie was a staunch advocate of AREC activities, as he was also a member of Christchurch AREC and remained so until shortly before his passing in 1999. Thus began a close association between Christchurch and North Canterbury that exists to this day. One of the main objects for the formation of this Section was to assist Civil Defence in times of emergency and in this respect we have a very good working relationship with both Waimakariri and Hurunui District Councils, and have assisted them on a number of “weather related” events that have occurred. In the early years the Section assisted various sports events with safety communication including motorcycle racing at Cust, New Brighton, and Southbridge. Also Jet boats, Equine Endurance events, etc. and in more recent years, the Coast-to-Coast.

It was while assisting at an Equine Endurance event in November 2001 that we were asked to consider something entirely new to AREC, that of assisting with communications for Forest Fire, later to become Forest/Rural Fire. A similar service is now provided in a few other places in NZ.

In 1989 a caravan was donated to the Section by a local hire operator, as the basis of an Emergency Radio Unit. The caravan had had considerable internal damage but was eminently suitable for rebuilding for the purpose in mind and Club members set to with gusto. An approach was made to Tait Electronics who very kindly donated  a suite of radios which were duly fitted to the caravan. The Caravan was painted by the Woodend Lions and was suitably sign written ready for the Official Commissioning which took place at the Waimakariri District Council Offices on Sunday 4 November 1990. Garaging of the caravan was by courtesy of the W.D.C. in their Council Garage until the sheds were demolished when the Council yard shifted in 1996. Garaging then became an issue and for the next four years it was in the care of Club member John Powell ZL3TRW until he suddenly became a Silent Key. An arrangement to build a shed on the property of  Section Leader Geoff Gillman ZL3QR was then completed but when the property was sold in 2005, the Club decided that with the small amount of use the caravan was then getting it was no longer worth-while retaining it and it was duly sold.

For Forest Fire work, a caravan specific to this purpose, is provided for any major fire event. 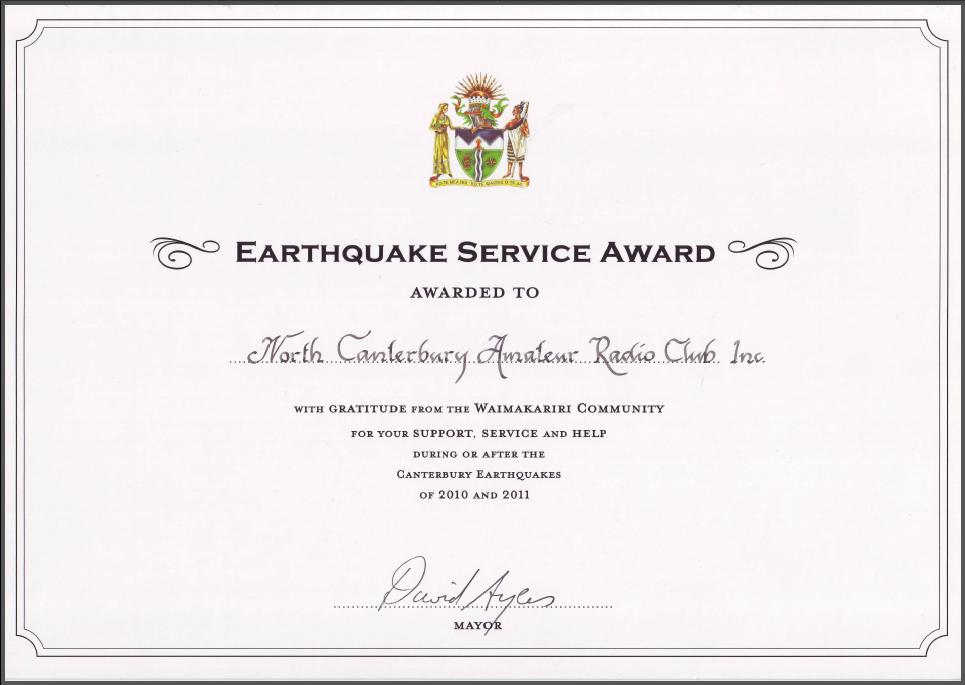 Nice to receive recognition for the hours put in.. 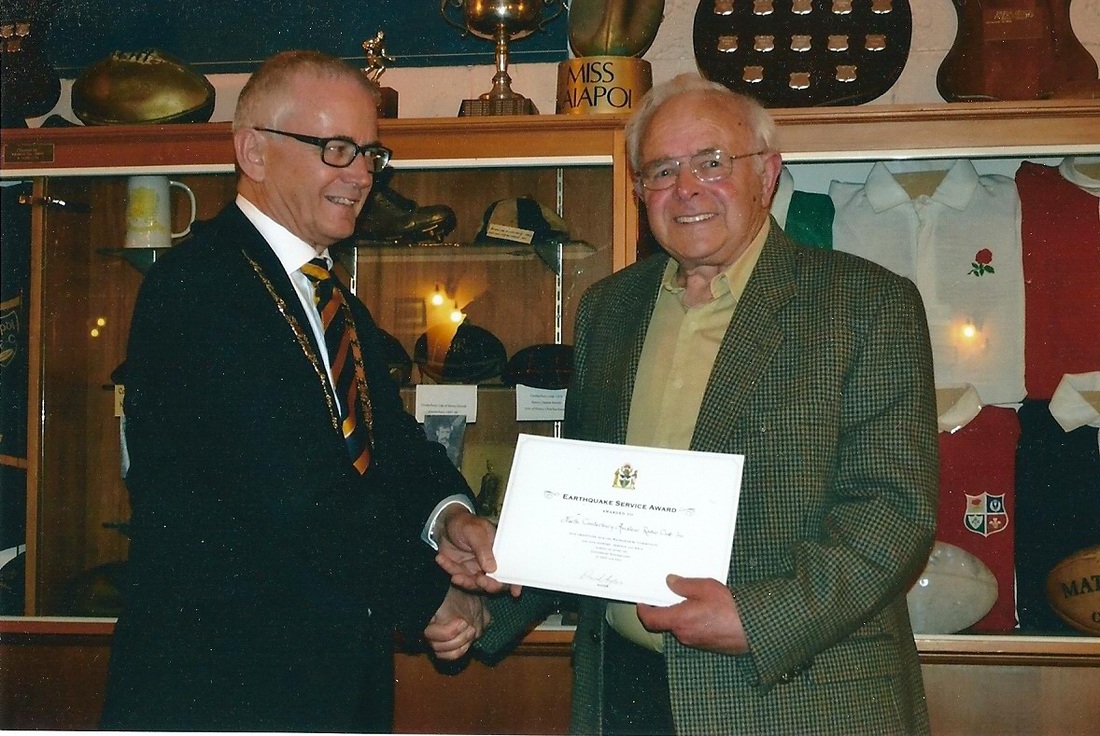 Club Secretary, Colin Rowe ZL3COL, receiving the Award Certificate on behalf of Branch 68 from the Mayor of Waimakariri, David Ayers.