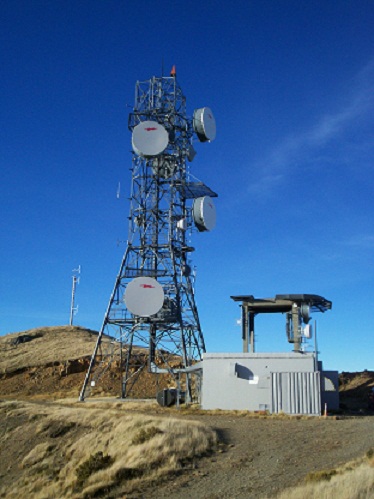 This repeater is located on Mt. Grey at an altitude of 930m, approx 45 kms in a northerly direction from the centre of Christchurch and from which the 43m high tower is visible on a clear day.

It is partly for these reasons that the North Canterbury Amateur Radio Club Inc. were offered the chance to take over the ownership/operation of this repeater from August 2011. The Club appointed two trustees who were able to gain the necessary accreditation.

It is of historical interest to note that nearly 40 years previous this Club was working on a project to put a 2 metre FM repeater on Mt. Grey, (at a time when most other repeaters were still AM). This was soon after mains power had been connected to the site being set up for broadcasting purposes. Permission had been granted but the Club would have had to have met 10% of the $40,000 total reticulation costs, something way beyond the ability of such a small club. This, however, was not the only reason why the project ultimately had to be abandoned.

Mt. Grey 675 was originally set up as a private venture by a small group of “hams”, one of who was then a NZBC / BCL technician, and who was able to utilise some on site equipment which had become redundant. Previously operated as a field staff communications channel but no longer used for this purpose it was able to be converted for amateur use. This worked well for a number of years, however the “tech” member of the original group had been made redundant and when the repeater failed early in 2011 this posed maintenance problems. An approach had been made to the Club for possible assistance to provide a suitable power supply, which it was able to do. The original owners then made their offer to the Club.

The 2011 repeater failure was because of a “near lightening strike”. It was retrieved and repaired and in February 2012 was returned to the site. A more up-to-date Tait T800/II (ex Christchurch Br. 05) was installed in place of the original “Unilab” repeater in May 2012.
​
Repeater Trustees:
Geoff ZL3QR
Richard ZL4FZ 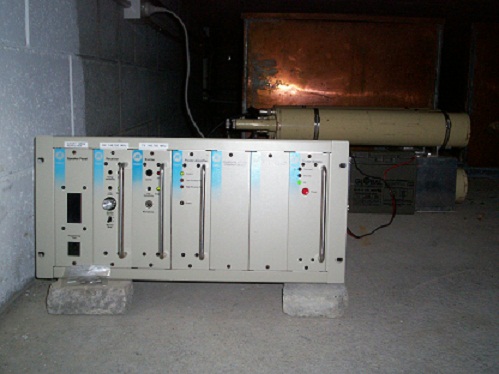