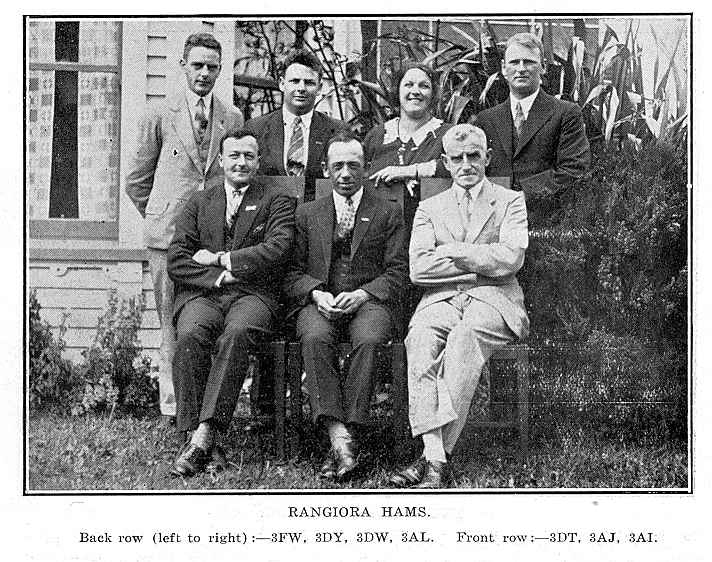 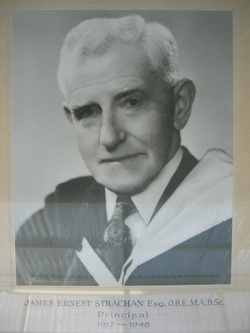 James (Jock) Ernest Strachan ZL3AI.  Founder of the original Branch 68, Rangiora, and Principal of Rangiora High School where the Radio Club was based.

On the 12th February 1969 a public meeting was held in the Pavilion, Rangiora Recreation Ground, to test the feasibility of forming a local amateur radio club. There were a number of “radio hams” in the area north of the Waimakariri River, most of who found that to have to travel to either of the nearest clubs, both of which were located in Christchurch, was far too onerous. This meeting was attended by 14 persons:
Geoff Gillman     ZL3QR (Convenor)
Trevor Whitlow     ZL3TGC
Reg Horne      ZL3OC
Reg Lander     ZL3ACY
John Irving     ZL3FA
Frank Silcock     ZL3TFX
Neil Lintott     ZL3TGI
Gary Watson     ZL3SV
John Abernethy     ZL3PC
Kevin Ching     ZL3TCR
Gavin Pearson     ZL376
Basil Fitzpatrick
W. Milne
Richard Clark
There were 7 apologies received, many of who also expressed a strong desire to see a club get under way.
This it certainly did, and by its very next meeting had taken part in its first National Field Day, an annual event participated in, with few exceptions, for the next 30 years. Sadly, in more recent times, circumstances and lack of interest, has curtailed further participation.

Within the first three months the Club had applied for and been granted Branch status by NZART as Br. 68  (North Canterbury). A club radio callsign, ZL3RR had been granted also by this time (RR being the government designator for Rangiora). As well, the Club had now moved to the cafeteria, North Canterbury Electric Power Board (as it was then), the first of many “homes” it would have in ensuing years. The reason for this particular move was that a number of our members worked for the N.C.E.P.B. including it’s then General Manager.

With the Club membership beginning to grow, the need for more room became necessary, and so a move to the old Drill Hall in Victoria Street (about where PGGWrightson are now) took place in April 1970. Certainly there was more room, and the tariff wasn’t too bad either (20c/hr, + 50c for use of kitchen, power was 10c in-the-slot meter-box. Those were the days!) However, the galvanised iron clad building proved  to be extremely cold, especially in winter, so when another building became available in June 1973 it was given the greatest consideration. This building had been the former base for the Rangiora Borough Council’s MED which had just been taken over by the N.C.E.P.B. and was located in what was then the Borough Council’s yard at the back of Victoria Park and behind the Public Library in Percival Street (where the Public Car Park is today.) The building itself was of two stories and of a style of the late 1800’s – early 1900’s and with pokey little rooms. A fairly large room at the rear was adequate (just) for General Meetings while upstairs became the Committee Room, plus a room for which there were visions of it becoming a radio room. In the early years, HF radio activity was often run before or after a meeting but at the Power Board Cafeteria and at the Drill Hall this meant using temporary antennas. At the ex- MED rooms it now seemed possible to string up a permanent 80 metre antenna and this was duly done as was also a 2 metre antenna. That said, the Club did not at that stage own any radio equipment and any activity here had to be done by use of member’s gear so the amount of use the antennas got was not great especially as the trees of the park, while supporting the HF antenna, certainly did not enhance its performance. The use of this building was to last for ten years.

By early 1983 it became common knowledge that the “old MED building” was due to be demolished so an approach was made to the Council to see what else might be available. After all, the Club had enjoyed 10 years of Council “sponsorship” and would have liked to see that continue. As it happened, in the same Council yard and right behind the then Police Station (where the new Library is now) was a small, one room concrete block building which had originally been built for the Rangiora Search & Rescue group but was no longer used (except for some Council storage). With sponsorship of materials and voluntary work a proper floor and ceiling were soon installed, as was a kitchen bench etc for suppers, and an old double door entrance blocked in. Permission was granted to erect an antenna pole for HF and VHF and to which the Council fitted a yard light (possibly the reason why permission was so easily granted). By now the Club its own radios and these were suitably housed in operating consoles. The Club membership was growing well, with both Training Classes and a Youth Electronics Group being accommodated in these Clubrooms. During the thirteen years of occupation of this building, especially with the increasing membership, on two separated occasions, investigations were made into the pros and cons of actually owning our own Clubrooms and its possible location at the Northbrook Studios site (which had been specifically created for “Club-owned” property). In both instances the finance required appeared way beyond the Club’s means, decisions which, in later years, proved to have been wise. By mid-1995, membership had grown to such that the Clubrooms were no longer able to accommodate General Meetings, so, by courtesy of a member also being a teacher at the Rangiora High School, all General Meetings were held there for the next eighteen months.

It was during the period of the occupation of these premises that, on a nation-wide scale, came the huge changes in the Local Bodies scene, and which was to signal the coming end to the “Council sponsorship” which the Club had been enjoying for many years. It began, in the mid-1980’s with the Rangiora Borough Council becoming the Rangiora District Council and the building of the new Council Office Building in High Street. In 1989, with the amalgamation of five local councils to form the Waimakariri District, plans to build a new Public Library and plans by the NZ Police to build a new Police Station in Rangiora, and also the need for more public car parking and the Council Yard about to be shifted to Southbrook, the Clubrooms were to be vacated in April 1996 after almost thirteen years of use. The Club had been offered the use of a building belonging to the Rangiora Dramatic Society in Church Street North. This group were almost in recess at the time and the rooms were hardly being used and it was their hope that with the Radio Club’s support that they would be able to retain their building as per their agreement with the Council. The downside as far as the Club was concerned was lack of room to store its own equipment, no provision for antennas, etc. However, it did act as a good stopgap until something else came along. When it did, it was both a surprise and also a cause for much soul-searching. The reason being that having been based in Rangiora for 30 years, the Club might have to shift base.

In mid-1999 it became known that the Woodend Scout Den was to be offered to the Waimakariri District Council by Scouting NZ because the Woodend Scouts had gone into recess and SNZ did not want to be responsible for the property. A Public Meeting supported this move, to ensure the building was not lost from the community. The Council, however, did not want the worry of managing it so the Woodend Lions Club offered to take over this responsibility. The building, located by the Woodend Domain on Rangiora-Woodend Road, now became known as the Woodend Youth Centre. Discussions between the Club and the Lions resulted in the Club becoming a leading tenant, with the right to have its own lockable store room, and to erect antennas. This was duly completed and the Club moved there in June 2000. At that time, a macrocarpa hedge screened the building from the roadside and this was a support for the HF antenna. Subsequently, changes to the entranceway (now the Staff entrance to the school), parking areas etc, the hedge has been removed and the HF antenna removed. Only VHF and UHF antennas now remain on the building.

Like all Clubs, its membership has varied over the years, reaching its peak of 80+ in the mid-1990’s but is currently around the 55 mark. Probably the most outstanding feature of the membership is the number of YL’s (approx 20%) in comparison with most other Radio Clubs. This is perhaps because of the family orientated values to which the Club has always subscribed, and has at times over the years seen family membership of two and even three generations, all at the same time. 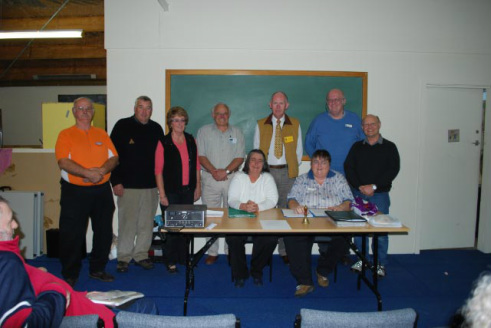